AUGUSTA (WGME) -- The Maine Center for Disease Control and Prevention is urging people to take the necessary precautions to avoid tick bites as the warm weather continues and Mainers are enjoying outdoor activities.
The Maine CDC has received a record number of reports of tickborne diseases. And while most people think of Lyme disease when ticks are mentioned, others such as anaplasmosis and babesiosis are on the rise, according to the Maine CDC. All three of these diseases are carried by the deer tick, which is also known as the black-legged tick.
Providers have reported 424 cases of Lyme disease so far this year. In all of 2015, 1,206 Lyme cases were reported.
As of Thursday, providers reported 224 cases of anaplasmosis compared to 186 cases in all of 2015. Maine’s previous high for anaplasmosis was 191 cases in 2014, according to the Maine CDC. Symptoms of anaplasmosis include fever, headache, malaise, and body aches.
Providers also reported 56 cases of babesiosis cases this year, compared to 55 cases reported in 2015. The Maine CDC says symptoms of babesiosis include extreme fatigue, aches, fever, chills, sweating, dark urine, and anemia.
Ticks can be found statewide, but the risk for anaplasmosis and babesiosis is highest in the southern counties and Midcoast region.
The Maine CDC recommends following the “No Ticks 4 ME” approach:

Please go to our Prevention Tab which has tips for you're skin, clothes, pets, home, and yard.  The more layers of prevention you put in place the better! 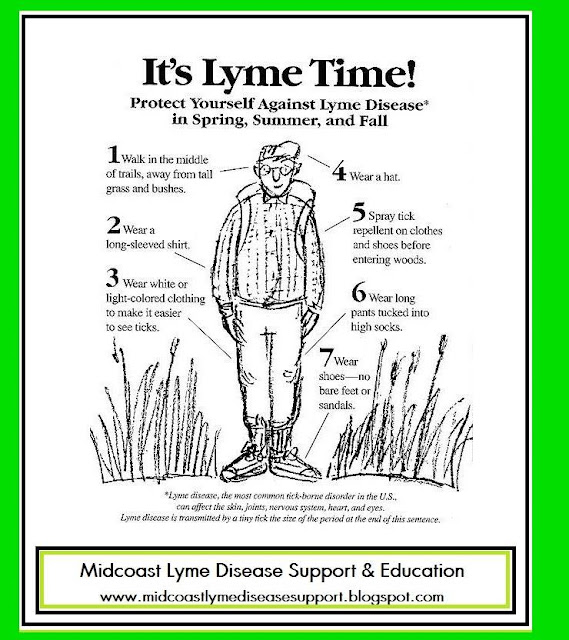