The Midcoast Lyme Disease Support & Education Group was created and exists to raise awareness, foster education, advocate for change and provide support for those affected by Lyme Disease and other tick-borne associated diseases.

1.  We raise AWARENESS about Lyme Disease and other tick-borne diseases through Lyme-related events, advertising, social media and support group settings.


2.  We foster EDUCATION including prevention, diagnostic and treatment options by continually networking with Lyme Disease organizations and Lyme Literate providers and staying on the cutting edge of available resources and sharing what we learn with the wellness and medical providers and the local community at-large.


4.  We provide community SUPPORT for those affected by Lyme Disease and their families. We listen and we provide answers and direction, helping them get connected to Lyme Literate wellness and medical providers.


Everyone knows someone who has been affected by Lyme Disease.  Individuals, families and communities are greatly impacted.  It incites fear and it also promotes a false sense of security which is why we have made it our mission to not only address prevention but education, treatment and community support while advocating for change for the well-being of Maine's people.


We are here to help the people of Midcoast Maine enjoy life the way it should be! 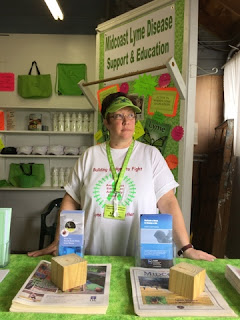 Paula is a full time wife, the oldest of three siblings, a fun-loving Aunt to her nieces and nephews. Before her life as a Lymie, she was a full time employee in a busy dental office and had been in the travel industry for 18 years, traveling all over the world. She was born in Massachusetts and has lived in Maine, Florida, North Carolina and Virginia before settling back down again in Maine. She managed travel agencies in North Carolina and Virginia and worked as both a leisure and corporate travel agent here in Maine.
Paula is an avid gardener, loves going to yard sales and spending time with her family and her very two spoiled dogs, Cody and Lily. She has deep spiritual roots and a deeply seeded desire to help those in need. She is a part of the Celebrate Recovery group in Waldoboro, Maine.
Paula's Lyme Journey: Paula was bit by a tick in October 2009 and thus began her journey as a Lymie, going undiagnosed for almost 18 months and seeing countless doctors who diagnosed her with everything from Panic Attacks, to Chronic Fatigue Syndrome to Fibromyalgia to MS and everything in between. Her central nervous system was shutting down. Walking took great effort as did not dropping things. Her vision and hearing was greatly affected and brain fog became a permanent fixture. Her fate was finally sealed in February 2011 when she met the first member of her Lyme team and by April 2011, Paula not only had confirmation of Neurological Lyme Disease, Babesia, Bartonella, RMSF and Ehrlichiosis, but a team of experience Lyme Literate doctors that would walk with her on her 3 year journey back to health. Slowly, she began to meet other Lymie's along her journey and things started to begin to make sense. Awareness led to education which led to more awareness which led to strength. Sharing stories and experiences, fears and encouragement is what led Paula to becoming a Lyme Warrior after receiving her remission status in April 2014. 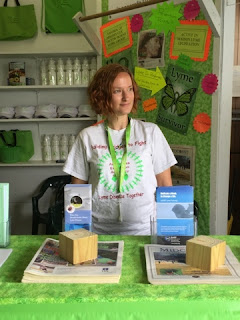 Angele is a full time wife and homeschooler of her 11 year old son.  She was raised in Maine.  At age 13, Angele lived in Long Island, New York for a short year.  Little did she know how that short stay would change her life forever.  She was bit by a tick, had a bullseye rash and didn't know she contracted tick-borne disease.  From age 13-19, she was diagnosed with asthma/allergies, missed several days of school, had her tonsils out due to frequent strep infections, had a full heart evaluation at age 17, blacking out, fog brain, anxiety, depression, paranoia, psoriasis, fatigue, nerve pain, and unable to gain weight.  By 20 she outgrew her asthma but the rest stayed with new syndromes added to her list like Chronic Fatigue, Fibromyalgia, surgeries for Endometriosis, Multiple Chemical Sensitivity and eventually she was labeled a hypochondriac.  At 27 she had her first child and her ability to manage a complex chronic health snapped.  She started researching for answers.  By age 30 she had seen over 25 doctors and had several ER visits.  It took a Naturopathic Doctor to believed her and she was tested for tick born disease.  It was 17 years after Angele was bitten, at age 30 that she was finally diagnosed with Lyme Disease, Bartonella, and Babesia. The fog began to lift but her fight was not over.  Later on she was diagnosed with Genetic Celiac Disease and MTHFR genetic mutation.
Over the last 9 years of ongoing treatment, Angele has used her time to help others online:  facilitating virtual support groups, sharing researched resources and supporting isolated patients.  In addition, Angele trained and volunteered with Sexual Assault Support Servies of Midcoast Maine as a crisis hotline advocate.  Angele combined her thirst for knowledge, with her B.A. in History, life experience and self training in Social Media, website building, photography, and graphic design to help Lyme Disease organizations, support groups and patients access the support they deserve online and in person.  Her goal is to make sure no one else has to live her story.