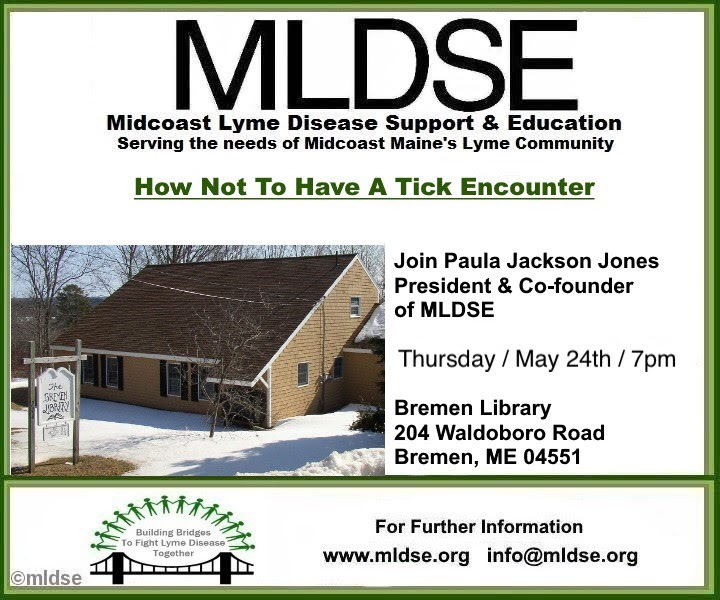 Join us at the Bremen Library on Thursday, May 24th at 7:00 when our featured speaker will be Paula Jackson Jones, president and co-founder of the Mid Coast Lyme and Disease Support & Education group.
The non-profit was formed by two women who had survived Lyme and tick-borne disease and who wanted to forge an easier pathway to resources for others suffering from the disease. From education to physician referrals and support resources, MLDSE is a 24/7/365 year round, all volunteer non-profit whose mission is to raise awareness, foster education, advocate for change and provide support to those afflicted by Lyme.
Paula Jackson Jones is the President and Co-founder and survivor of late stage neurological Lyme disease that was complicated by four co-infections. Misdiagnosed for years by 23 doctors and specialists, she demanded to see a provider who knew more about Lyme, began treatment and is now 4 years in complete remission. She travels all over Maine and New England, sharing her story and helps guide people to much needed resources.
FMI: 529-5572
Posted by Angele Rice at 10:23 AM 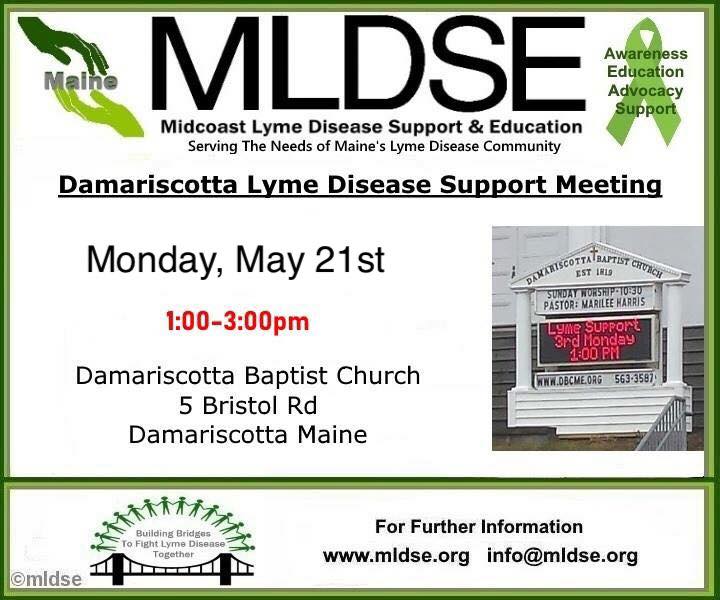 Article
Living with Lyme | Patients say it's real after being misdiagnosed for years
Author: Vivien Leigh

"Imagine living with a disease that causes serious health problems but not knowing that you are infected?
Many patients spend years misdiagnosed only to find out that they have Lyme Disease."
Read Article In Full Here:
https://www.newscentermaine.com/article/news/local/living-with-lyme-patients-say-its-real-after-being-misdiagnosed-for-years/550053603


MLDSE's President and Co-Founder Paula Jackson Jones shares her own personal story to deliver HOPE to others afflicted by Lyme and tick-borne disease, that there is help available and that they too can get get better. 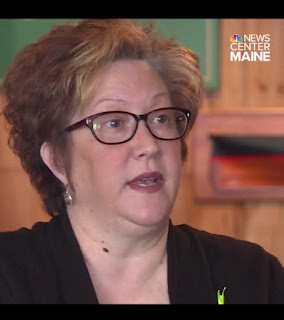 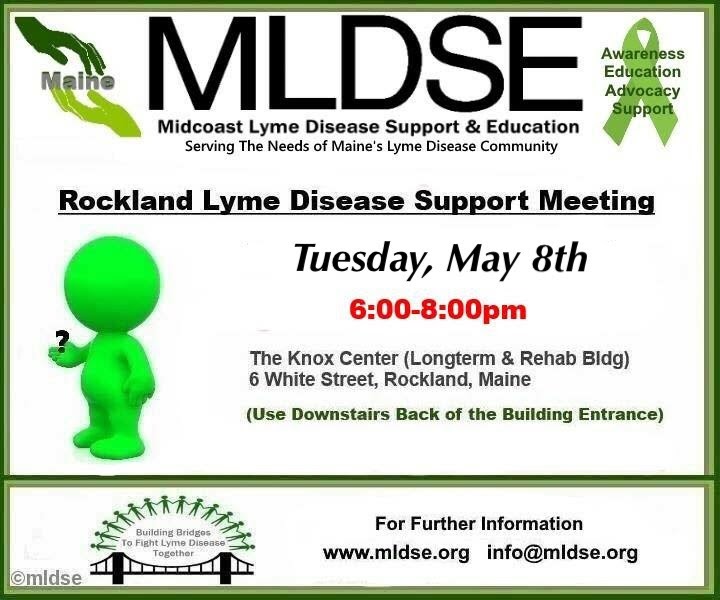 How Not To Have a Tick Encounter 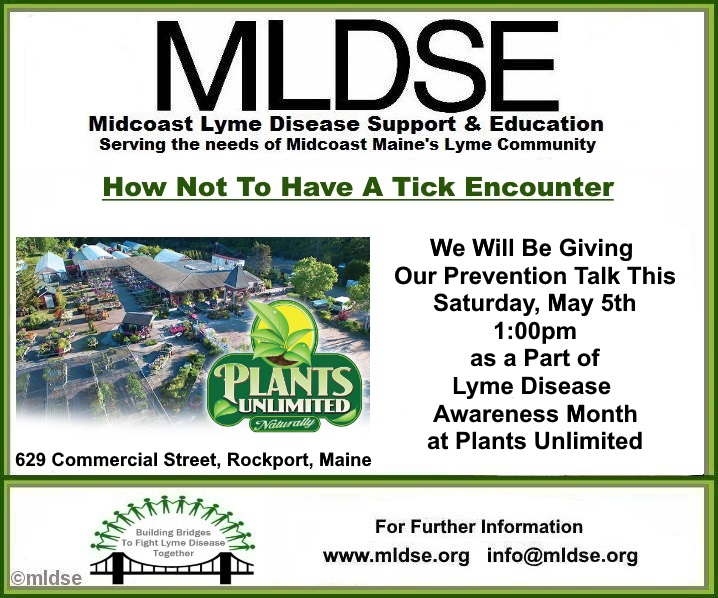